On September 5, 1942, the so-called 'Great Shpera' began in the Łódź ghetto. This name comes from the German words Allgemeine Gehsperre – a strict prohibition on leaving one's house, imposed on the Jews incarcerated in the Litzmannstadt ghetto. Jewish and German policemen searched all the houses and took away everyone who was unable to work; mainly the ill and infirm, but also children under the age of 10. An estimated 15,000 people were deported to death camps during the Great Shpera.

The Jews were strictly forbidden from leaving their houses for one week. Chaim Mordechaj Rumkowski played a shameful role there: the day before the Great Shpera, he delivered a speech, appealing to the residents of the confined district to give away their children in order to save other people. The sentence, 'I have to perform this bloody operation. I have to sacrifice the limbs in order to save the body. I have to take away your children, otherwise others will die along with them' is a well-known quotation from his speech. 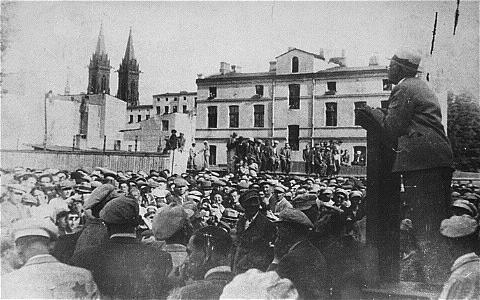 The Germans hoped that the selection of children and elderly people would be carried out by the Jewish administration of the ghetto with the help of the ghetto police, firemen and carters (who delivered flour and were famous for their strength). In return for conducting the selection, they were promised that their families would be safe.

Many of them were at a loss; their families were to be safe at the expense of 10,000 children and old people. After the first day of the Shpera, the Germans realized that the Jewish police were not especially eager to carry out the task they had been given, so they took the matters into their own hands. 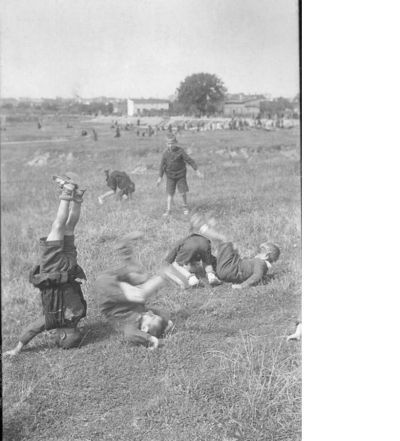 They provided their own cars and additionally ordered that apart from the children and the elderly, ill people were also to be deported. A gathering point was organised at 36, Łagiewnicka Street, where people were brought from the entire ghetto.

Chaos ruled the streets. People were beaten and manhandled. The Germans forcibly took away children from their mothers and humiliated the elderly. Trucks were lined with comforters and newborn babies were thrown onto them. According to the statistics, about 200 parents who resisted were shot.

Between September 5 and 12, 1942, 15,600 children, the ill and the elderly were deported to the death camp in Chełmno nad Nerem. The children of the ghetto administration employees remained safe. A few of those born in the ghetto were rescued, including the son of Boruch Praszkier, head of the department for special assignments, who was friends with Rumkowski.

On September 12, 1942, there was no family in Litzmannstadt ghetto which had not lost a close person during the Great Shpera. This criminal action transformed the ghetto into a large labour camp. By taking away the children and the elderly, the Nazis deprived the Jews of their will to live and survive. From that moment on, the ghetto inmates worked, waiting indifferently for their end.

The German authorities reduced the number of employees of the Jewish administration, which had previously employed 14,000 officials, policemen, postmen and tram drivers. Most of the prisoners in the ghetto had to work in various kinds of factories, producing goods for the Third Reich.

Afterwards, the deportations to death camps were suspended for almost two years, to be resumed in 1944. The last transport left on August 29. On that day, annual events are held to commemorate the liquidation of the Litzmannstadt ghetto.

This year marks the 75th anniversary of the Great Shpera. The Marek Edelman Dialogue Center organises a commemorative event. Details are available at https://www.centrumdialogu.com/program-obchodow. 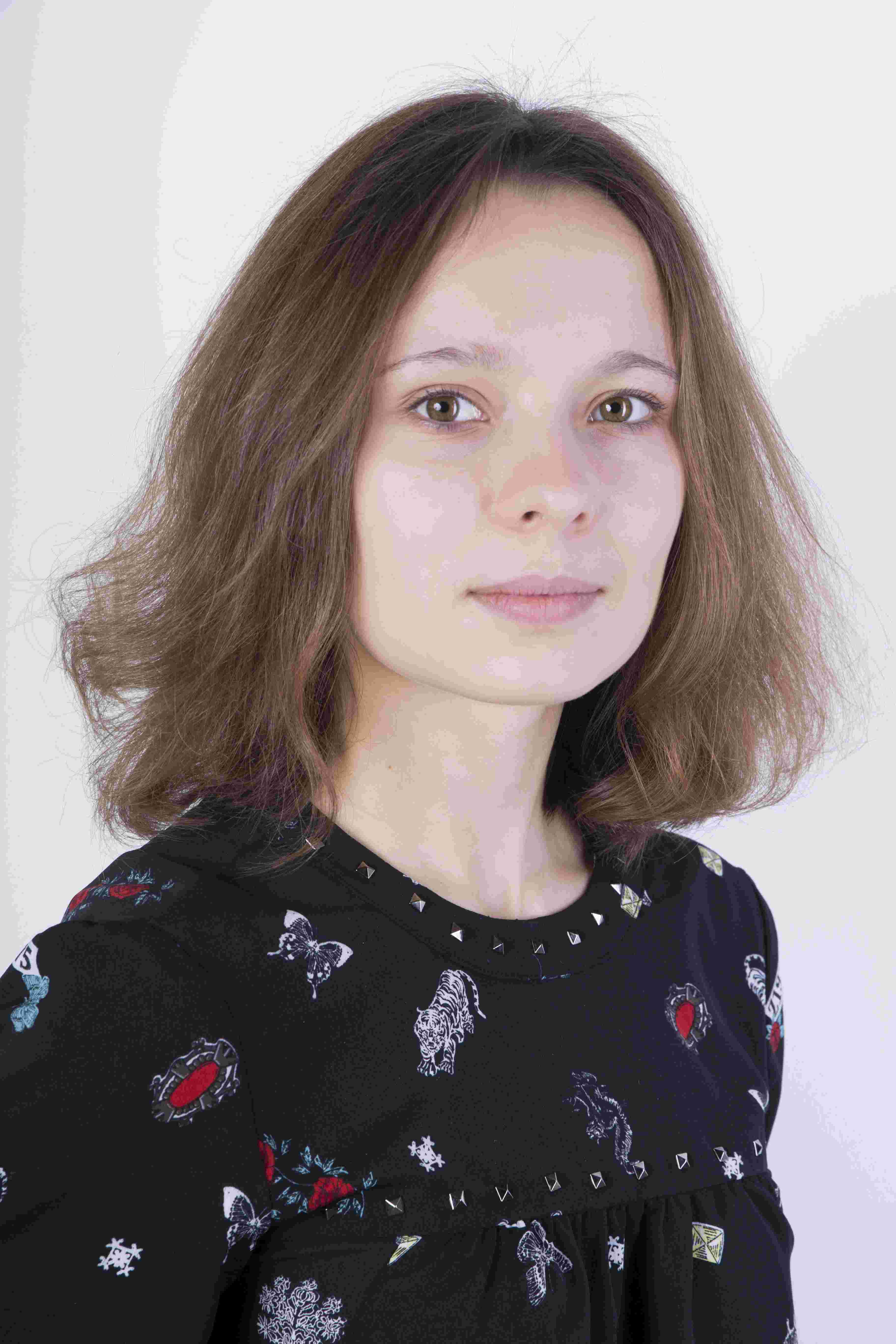