"Edi" // Movies from Łódź in English 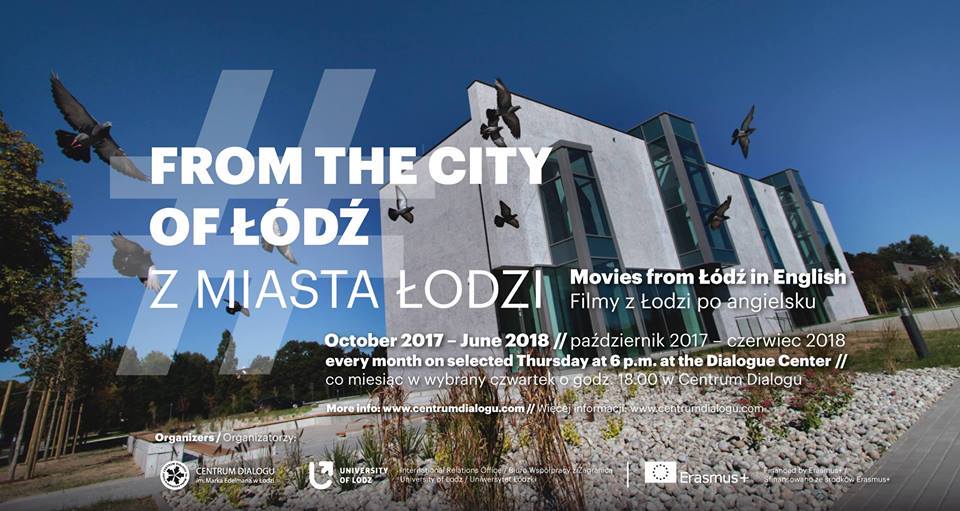 The Marek Edelman Dialogue Center and the International Relations Office – University of Lodz would like to invite you to the next screening from the series "From the City of Łódź // Movies from Łódź in English". This time we'll watch the unforgettable movie "Edi" directed by Piotr Trzaskalski.
After the screening, we encourage you to take part in the conversation and to share your impressions about the movie.

"Edi"
Edi and Jureczek earn their living by salvaging scrap metal from the streets and trash dumps of a big city. They live together in an old, ruined factory building. Some of the money they make they drink away in a bar frequented by other metal salvagers. One day, one of them is fatally beaten by two brothers who collect "tribute" for the moonshine they distribute among the scrap gatherers. Several days later, the brothers come to Edi with a peculiar proposal. They know the gatherer for his propensity for reading the books he finds in the trash. It is this that leads them to conclude that he will be the best possible tutor for "Princess," their 17 year-old sister, who has been her brothers' ward since their parents passed away.Shortly thereafter Princess turns out to be pregnant and it is Edi who is falsely accused of raping her. The brothers hunt down Edi and their punishment is brutal. Without a hint of resistance, the metal salvager accepts his fate and when the girl gives birth to the child, Edi agrees to raise it as his own...
Edi is played by Henryk Gołębiewski, a popular, 1970s child actor who played the roles of Poldek in Podróż za jeden uśmiech / Voyage for a Smile and Cegiełek in Stawiam na Tolka Banana / I Bet on Tolek Banana.
Edi, Poland 2002. Directed by Piotr Trzaskalski screenplay by Piotr Trzaskalski and Wojciech Lepianka; cinematography by Krzysztof Ptak; music by Wojciech Lemański; scenery designed by Wojciech Zogala. Featuring: Henryk Gołębiewski (Edi), Jacek Braciak (Jureczek), Ola Kisio, Dominik Bąk, Jacek Lenartowicz, Grzegorz Stelmaszewski and Maria Maj. Produced by Piotr Dzięcioł; distributed by SPI International Polska. Duration: 100 min. Premiered in cinemas on October 18, 2002.