The Gypsy Camp in Litzmannstadt Ghetto 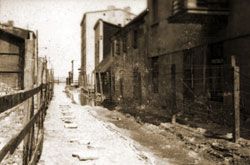 The discrimination of Gypsies began after Hitler’s rise to power. Gypsies just like Jews were regarded as “racially subhuman” element threatening the purity of the Germanic race. The first act that discriminated the Gypsy people was issued in Germany in March 1938 and its aim was to limit their freedom and make them socially alienated. The decision on deportation of 20, 000 Jews from Western Europe and 5,000 Gypsies  from Austro-Hungarian borderland to Litzmannstadt was made in the Reichssicherheitshauptamt (RSHA)in September 1941. Resettlement of those people took place at the same time as establishment of extermination camp in Kulmhof am Ner. 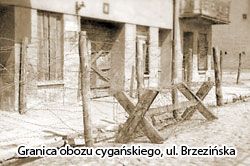 The German authorities of Litzmannstadt knew about plans of Gypsies’ settlement into Litzmannstadt Ghetto. On October 10, 1941 in the Gestapo headquarters special consultation on placement a few thousand Gypsies in the ghetto was held. A decision was made to  isolate them from the ghetto. The Germans were afraid that placing Gypsies together with Jews would cause some anxiety among the latter which then would have a negative effect on production efficiency. Regardless of the Germans’ decisions there were many rumors spread around as the Jews were not sure who and why would live in the isolated part of the ghetto and what their fate would be. 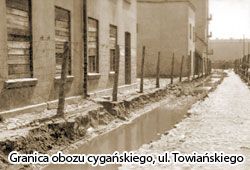 The speech made by Chaim Rumkowski on November 1, 1941, shows that he  had an influence on Gypsies’ isolation in the ghetto. He didn’t want to to be responsible for them.One of the essential elements of the German annihilation policy directed against the Roma people was the pillage of their belongings. Without a shadow of a doubt these were the Gypsy aristocrats who brought unimaginable amounts of jewellery as well as expensive musical instruments into the Litzmannstadt Ghetto. Subsequent robberies began right after their arrival at the Radegast Station. 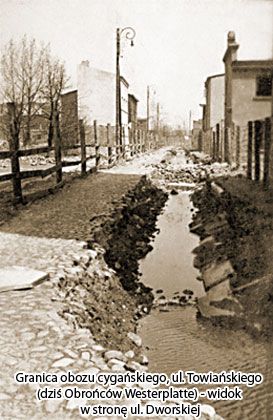 The first Gypsies placement into ghetto took place between November 5-9, 1941. Children comprised over half of new coming Roma and Sinti people. They were all cramped into small area bordered by Wojska Polskiego, Głowackiego, Starosikawskiej and Obrońców Westerplatte streets. The camp was surrounded with two barbed wire fence and a deep ditch partly filled with water. The entrance to the camp was situated at 88 Wojska Polskiego. The camp’s area of 0.019 square kilometer included a few buildings, was never supplied with basic equipment. All the windows on the outer sides were planked. Only the Germans, doctors from the ghetto and Jews supplying the Gypsy camp with food were authorized to enter the camp. As Antoni Galiński from Institute of National Remembrance says, the camp lacked kitchen, baths, infirmary and even enough latrines. The food was supplied by the ghetto was in insufficient quantities. Arnold Mostowicz, working as a doctor in the ghetto, visited the camp and witnessed the conditions Gypsies lived in. After the war in a book titled”The Yellow Star and the Red Cross” he said:” Even for me who had been accustomed to congested  ghetto flats and camps for the deportees from Germany and Austria, the picture of the both rooms was terrible… There had been no beds or bunk beds. Straw thrown on the floor and covered with rags served as a bed for -how many?! Thirty? Forty?! One hundred inhabitants of this ant-hill? It was shocking”.

Liquidation of the Gypsy Camp

In such conditions theepidemic of typhus appeared, killing inhabitants of the camp. Jewish doctors who were called into the camp were unable to stop it. 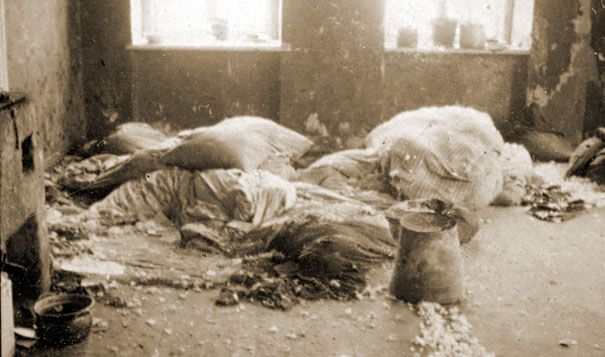 From November 12, 1941 Chaim Mordechaj Rumkowski together with criminal police supervised the Gypsy Camp. Kriminaloberassistent Eugen Jansen became camp’s the commandant and performed this function till his death caused by typhus December 23, 1941. Within seven weeks in 1941, 719 people died of typhus and there were 250 cases reported in January alone. The Eldest of Jews  were appointed a special section for contacts with the Gypsy camp administrated by Moryc Minc. There were responsible for food supply, health care, removals of sewage and burials.

Karol Berger was appointed as the Gypsies’ supervisor. Similarly to Jews the Gypsies had their own police. The camp was also guarded from outside by Schupo officers. With the typhus epidemic spreading a decision was made to liquidate the camp. 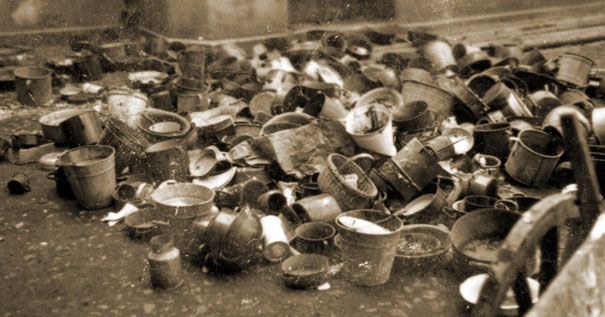 Gypsy people who died in the camp were buried in the Jewish cemetery and their graves can be found at sections 4 and 5. January 12, 1942,the rest of the Gypsies were deported to Chełmno nad Nerem where they were gassed in special trucks. 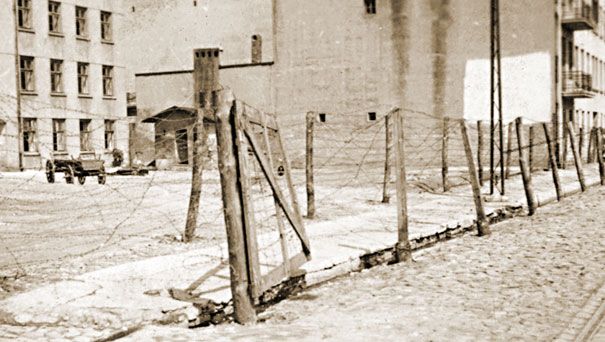 It is assumed that all 5000 Gypsies transported from Burgenland to Litzmannstadt in 1941 died or were killed
A few years ago a big red bead was found at Chełmno nad Nerem camp grounds during archeological research. It is believed to be one of Litzmannstadt Gypsy’s beads.