The camp for Polish children and youth – Przemysłowa Street 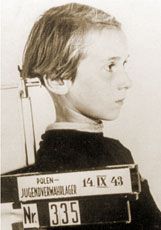 On December 1, 1942 the Germans opened a camp for Polish children and youth at an area isolated from the Litzmanstadt Ghetto. It was bordered by Bracka, Emilii Plater, Górnicza and Zagajnikowa streets. The entrance to the camp was situated at Przemysłowa street. The area was fenced with high wooden boards and guarded by German troops. The camp was inhabited by children and youth aging from 8-16. They were transferred to the camp from orphanages and educational institutions of occupied Poland. Some of them had their parents in prisons or camps and the others were accused of  cooperation with resistance movement, stealing or black market trade. The true reality was that,  the camp was a concentration camp. The children’s names were replaced with numbers, the living conditions in the camp could be compared to those in the ghetto. The children were starving and forced to work for up to 12 hours a day.

The little Polish prisoners sewed clothes, produced straw shoes, straightened needles and mended school bags. Many of them died of exhaustion and diseases. There were many cases of children being beaten to death by German soldiers. Sick ones were sent to the hospital at 74 Drewnowska street.

The Przemysłowa camp was completely isolated. However there is no accurate information on the number of children imprisoned there. Until 1945 only 5000 little prisoners had been recorded. Out of that number only 900 of them survived. A police station building at 34 Przemysłowa street is the only remaining evidence of the camp. 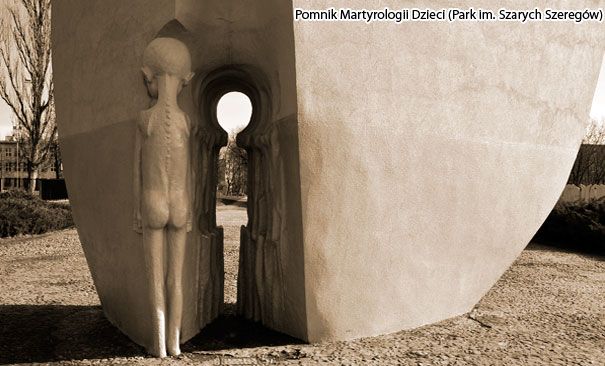 On May 9, 1971 the Broken Heart monument was unveiled in Szare Szeregi Park to commemorate the imprisoned and murdered children at Przemysłowa camp. The monument was designed by Jadwiga Janus and Ludwik Mackiewicz and it depicts a thin boy cuddling to the broken heart. There is an empty space of a child’s shape inside the heart. There is an inscription saying: ”Your life was taken but we remember”.